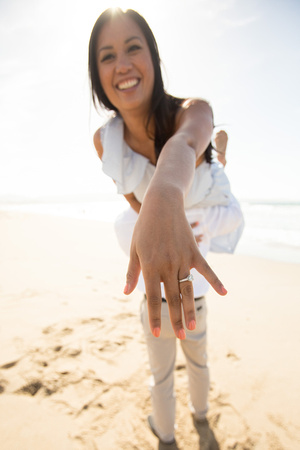 It's such a treat to witness something as romantic and touching as a marriage proposal. Joseph had contacted me earlier in the week and we talked about how he wanted to ask his girlfriend to marry him. We came up with a casual plan that made it so she had no idea. He dropped to his knee and She said yes of course. Afterwords you could see her playing back the clues in her head - aha moments started to click. So much fun and so very, very touching.